OMA Multi-Tool is a small tool for Windows computers. the too is developed by Adyah mobile training center and released free for all users. the tool is allowed users to remove FRP, Mi Account, MTP FRP Bypass on Samsung smartphones. some more features in the tool you can download and test and post the result in the comment section. 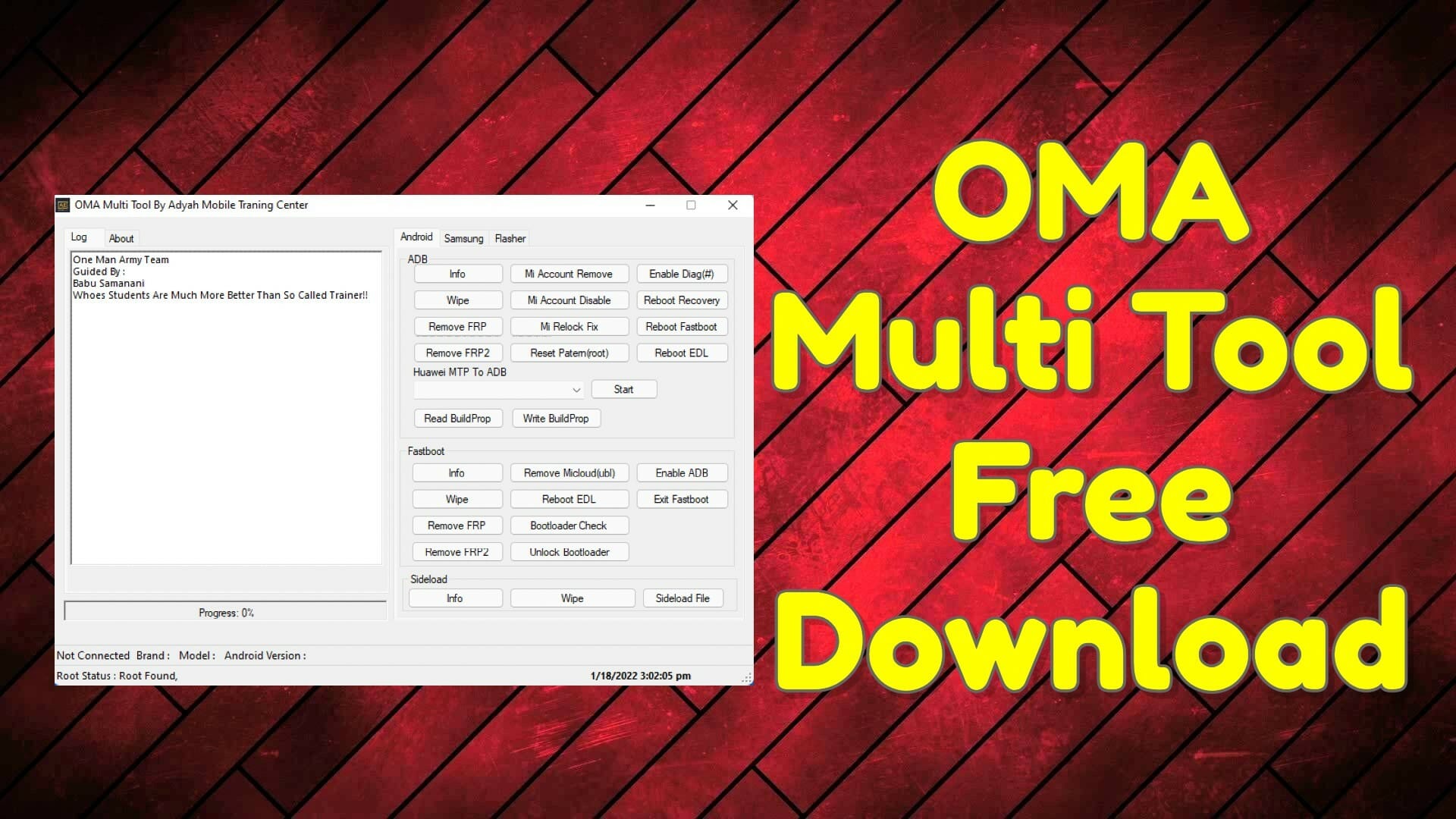 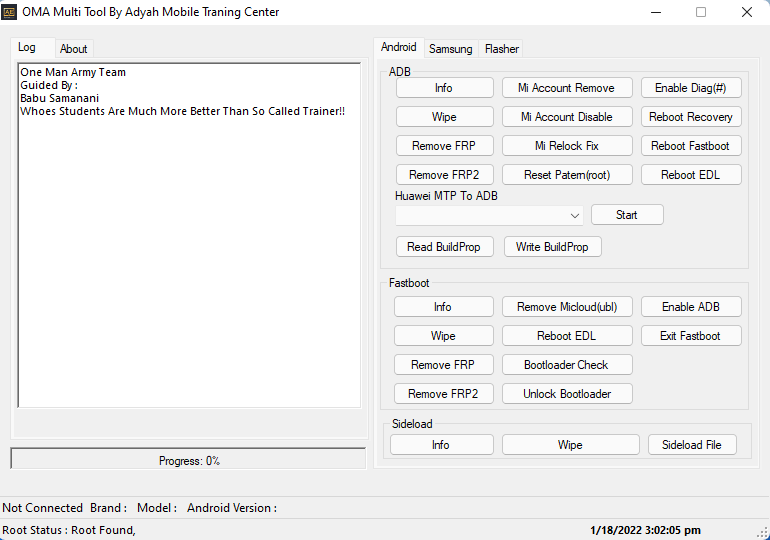 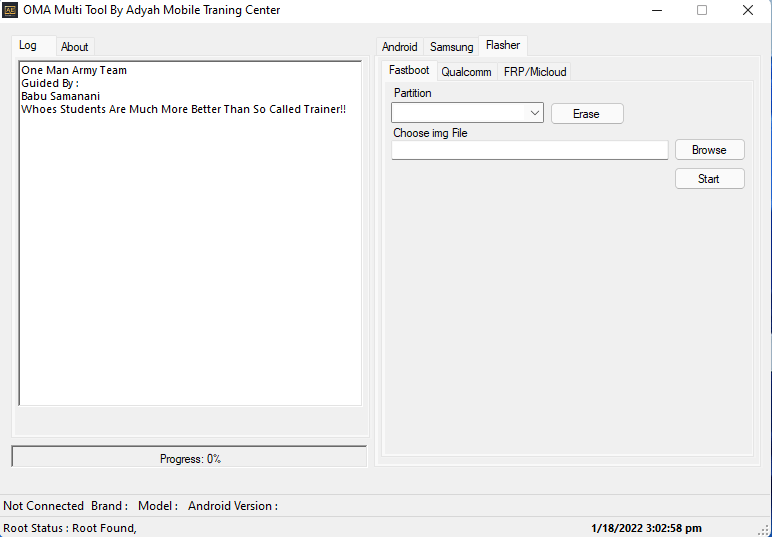 The tool is free so just install and enjoy…
As soon as we get more time we will provide updates
We are not professional so if any bugs plz inform us in pm… So we will fix it.