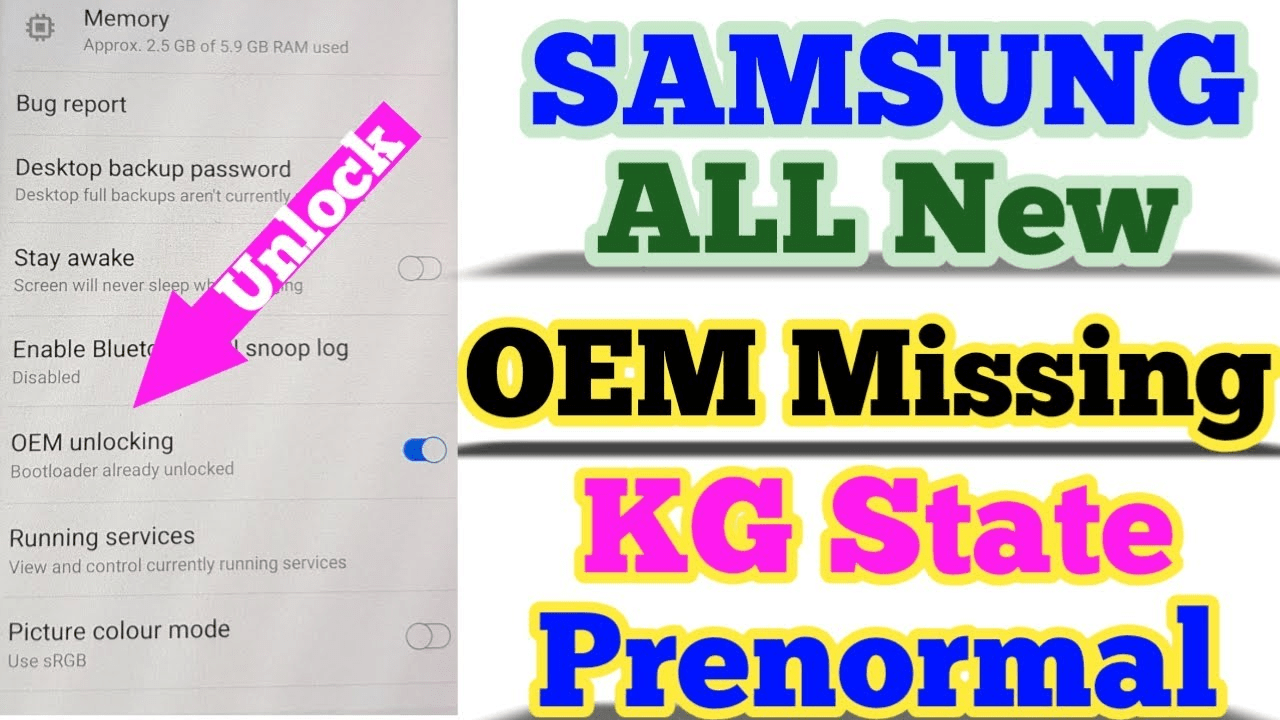 The smartphone packs 3GB RAM and comes in internal storage options of 16GB and 32GB (expandable up to 256GB). For photos, users get a 13MP primary camera with autofocus and LED flash.

The front shooter too is 13MP, f/1.9, and LED flash. Samsung Galaxy J7 2017 runs on the Android 7.1 (Nougat) operating system. Connectivity options in the smartphone include Wi-Fi, GPS, Bluetooth, and 4G.

Is the OEM unlock toggle missing on your Samsung Galaxy device? That’s probably because your phone has entered Prenormal KG/RMM State. In this guide, we will show you how to prevent Prenormal KG/RMM State on Samsung Galaxy Devices and avoid being locked again after flashing custom binaries. It is especially meant for users who would like to install TWRP, custom ROMs, kernels, or root their Samsung Galaxy device.
Back in December 2017, Samsung pushed a new security feature to its device’s bootloaders to fight against theft protection. This new security feature appears as ‘RMM State’ or “KG State” when your Samsung Galaxy device is booted into Download Mode.
In a nutshell, the problem arises when the KG/RMM State is set to ‘Paranormal’. In that case, it will prevent you from flashing custom binaries like TWRP or carrying out any other sort of modifications to the phone’s software.

It is quite easy to install and use the Samsung Odin Tool. The user needs to Install Samsung USB drivers before using the tool.
Download Odin versions per the need from the list above.
Extract the .zip file into a folder and run the .exe file.
You will see a console as shown below in the image.
Now, browse respective AP, CP, BL, and CSC files from the Firmware file.
Connect the smartphone in Download mode with the PC using a USB cable.
LOG message will appear, and then start to flash.
Download Link:: Link